A nano-wheel rolling strong on the cancer path!

1 out of 6 deaths happens because of cancer! Cancer is the second leading cause of death globally (WHO, 2018).

The biomedical community is leaving no stones unturned to tackle this debilitating malign. The group of Prof. Radek Marek at CEITEC is putting forward a gallant effort to this global endeavor. 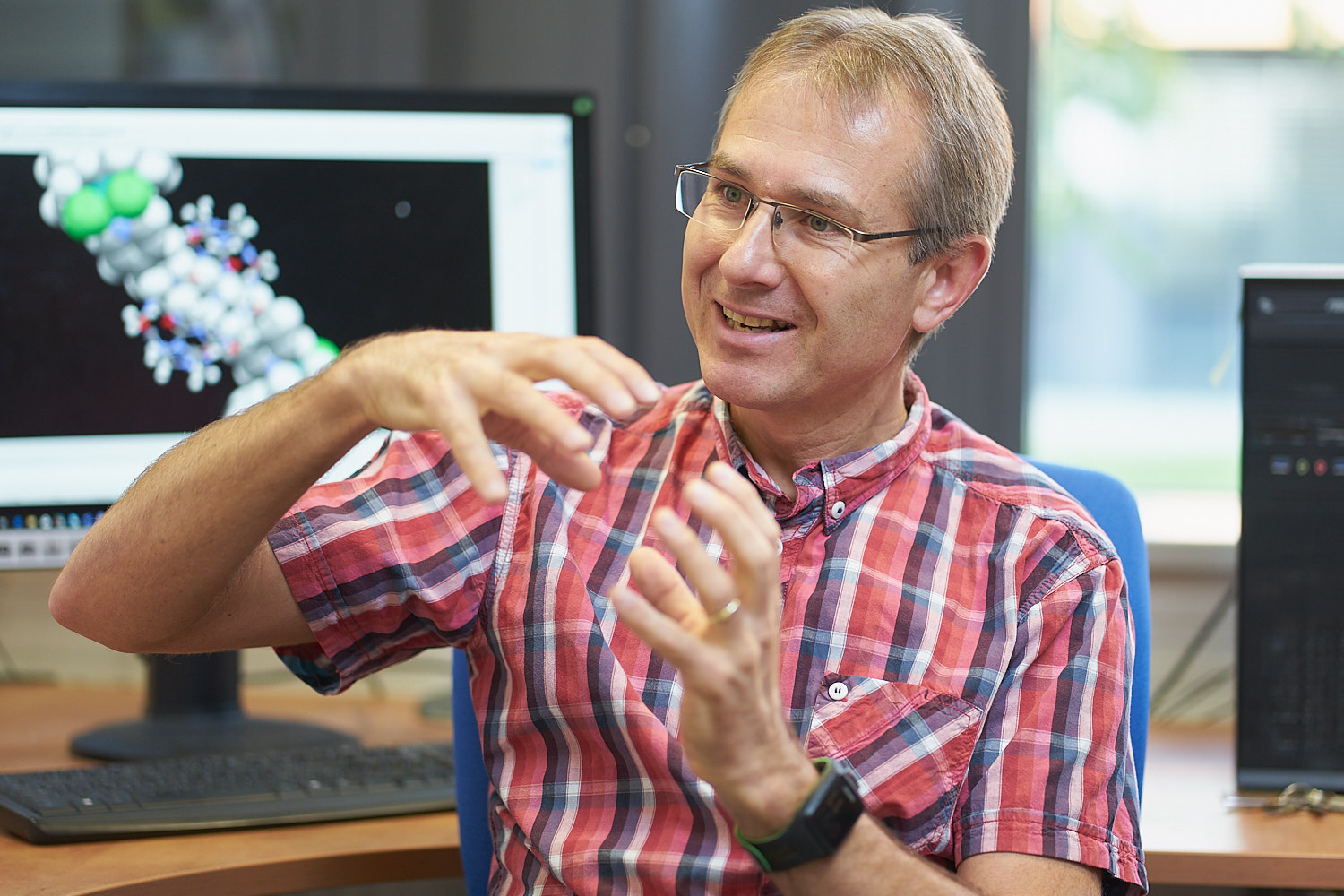 A recent work (1) of Dr. Martin Sojka and coworkers from the Marek group establishes a chemical nano-wheel which efficiently battles cancer by disturbing the migratory-competence (formation of metastases) of the cancerous cells.

Metal-based anticancer drugs (e.g., Cisplatin) are known for decades, can kill cancer cells by binding to their DNA and disrupting the self-repair mechanism.

In relation to the highlighted study, Prof. Marek mentioned, “We tried to utilize the known metastases-preventing assets of the ruthenium-based compounds. Also, a larger overall size of anticancer-active molecules leads to enhanced accumulation in cells, especially in those with pathological metabolism, such as tumor cells.” 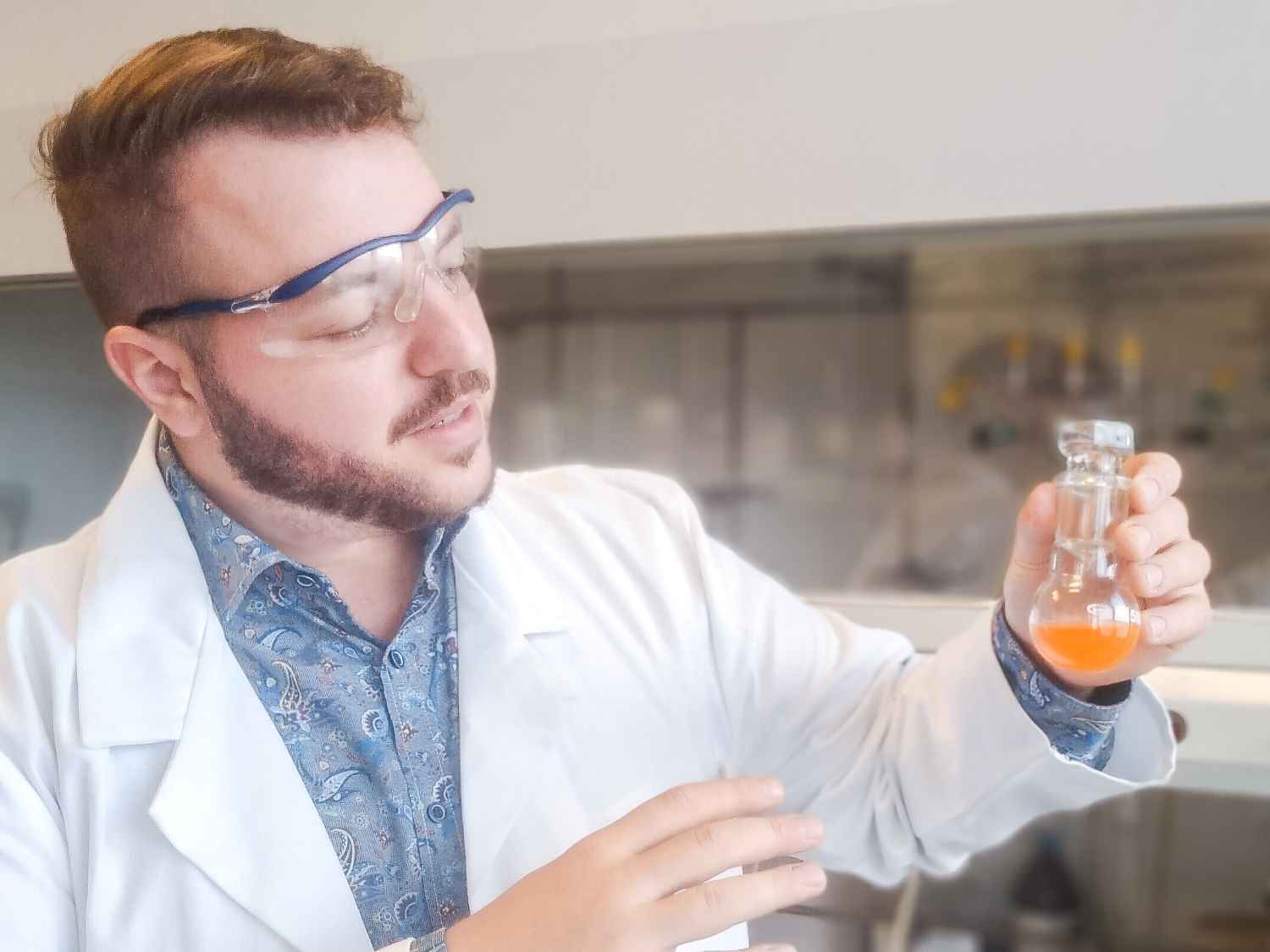 Dr. Martin Sojka (the lead author of this study)

He added, “We engaged these two characteristics in a synergistic effect.”

The researchers prepared a rotaxane - the nano-device constructed from two molecules analogous to a wheel and axle. The axle has two ruthenium plugs on both ends which prevent the wheel from sliding off it. The plugs are the active sites with the antimetastatic properties, whereas the rest of the device increases the size of the whole molecule aiding its effectivity. 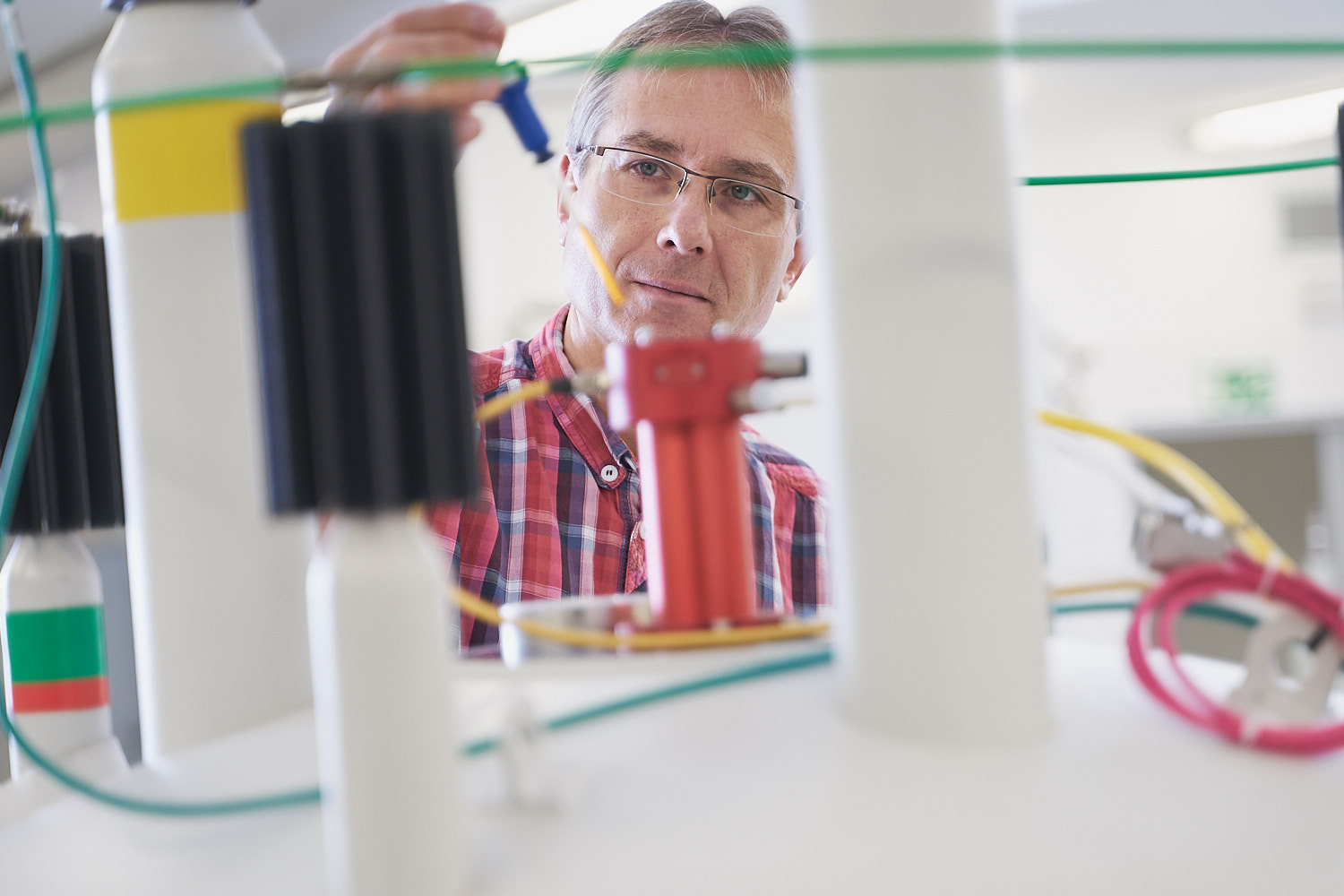 Prof. Radek Marek at the NMR facility (NMR spectroscopy was used as one of the techniques to identify the unique characteristics of the nano-device) (Photography by Emil Gallík)

Prof. Marek said passionately, “We expect the ruthenium-based compounds to seamlessly attach to the surface of the cancer cells and by some yet-to-be-known mechanism prevent the process of the migration of the cells, i.e., the formation of metastases.”

“There are other metals with complex biological properties, but ruthenium-based compounds form a prominent group among others."

"In this study, we teamed up with Dr. Fojtů from Masařík’s group at the Faculty of Medicine, Masaryk University, to evaluate the biological activity of our rotaxanes.”

“We are the first to link the ruthenium anticancer metallodrugs to cucurbituril wheels thus forming rotaxanes,” stated Prof. Marek. The cool name of cucurbiturils comes from their pumpkin-like shape (lat. Cucurbita). 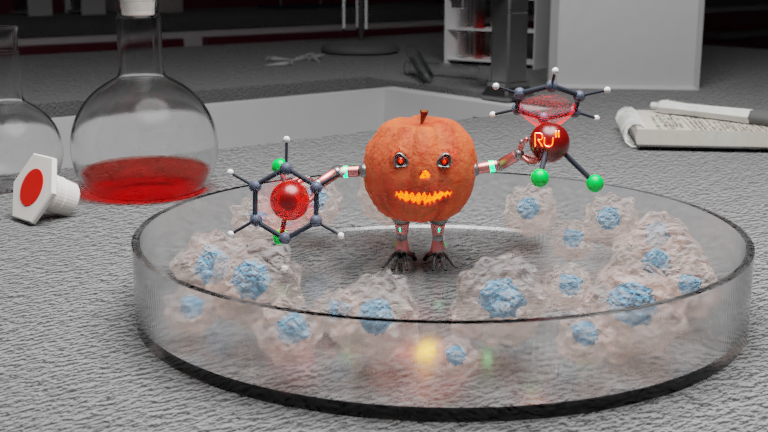 “On top of that, as the proof-of-concept, we showed the wheel and axle of our system could refine the biological properties of the metallodrug, in terms of modulating the migration abilities of cancer cells.”

Prof Marek explains the process, “Our system paralyzes the mobility of the cells and does not allow them to migrate, preventing the cancerous spread, i.e., metastasis.”

The researchers in this study tackled two types of breast cancer cell-lines with mild and severely aggressive metastatic capabilities.

Prof. Marek specified, “In principle, this can be extended to other types of cancer lines, but we need more time and tests to do so. We are planning to employ a mouse-model to explore how our system works on the tissue/organism level.”

Where are the nano-wheels taking us?

Prof. Marek expressed, “Our ultimate goal is to covert our system in a way that the active component is encapsulated similar to the Kinder-surprise.”

“These nano-Kinder-surprises or nano-carriers will transport the anticancerous drugs to specific locations (tumors) in the body, and release the drugs there easing the drug-delivery process. This process would increase the drug efficacy and decrease the side-effects, usually associated with administration of the FDA approved anticancer metallodrugs.”

Prof. Marek shares gleefully, “We are trying to design the nano-carriers in a fashion so that they release the cargo at a pre-destined location as a response to a specific stimulus from the environment (lower pH and oxygen concentration – a distinctive character of tumor tissue) or by using an external electromagnetic field.”