Early detection can save you from cancer. Efficient detection of pathogens in the drinking water can safeguard your health.

To that end, we frequently appreciate the fruitful alliance of life and material sciences – a custom at our consortium, CEITEC.

The research of Tomáš Lednický at CEITEC-BUT echoes this impression. His work (1) applied the phenomenon called the surface plasmon resonance (SPR).

It is a versatile method, which, among others, can be used to examine bio-molecular interactions among two or more molecules. The possible detectable targets could range from ions, genetic materials, to proteins etc.

One of the co-operating molecular partners (the receptor) is attached to a sensor surface (usually a metal surface), and the sample (analyte, in a solution) is supplied to the sensor surface promoting binding.

In classic SPR (illustrated below) light is reflected from a thin metal film.

The plasmons (oscillating electron packages) are incited at a given incidence angle. The sensor surface-attached receptors (e.g. a DNA probe) binds to another complementary DNA in the sample. This binding causes a change in the refractive index, which changes the angle of incidence, where the plasmon resonance occurs. A detector can monitor the changed refractive index.

In the so-called localized surface plasmon resonance (LSPR) variant, the plasmons are incited on metallic nanoparticles instead of a thin film. Here the changes in the refractive index causes changes in the absorption and scattering of the particles, which can be easily detected optically. 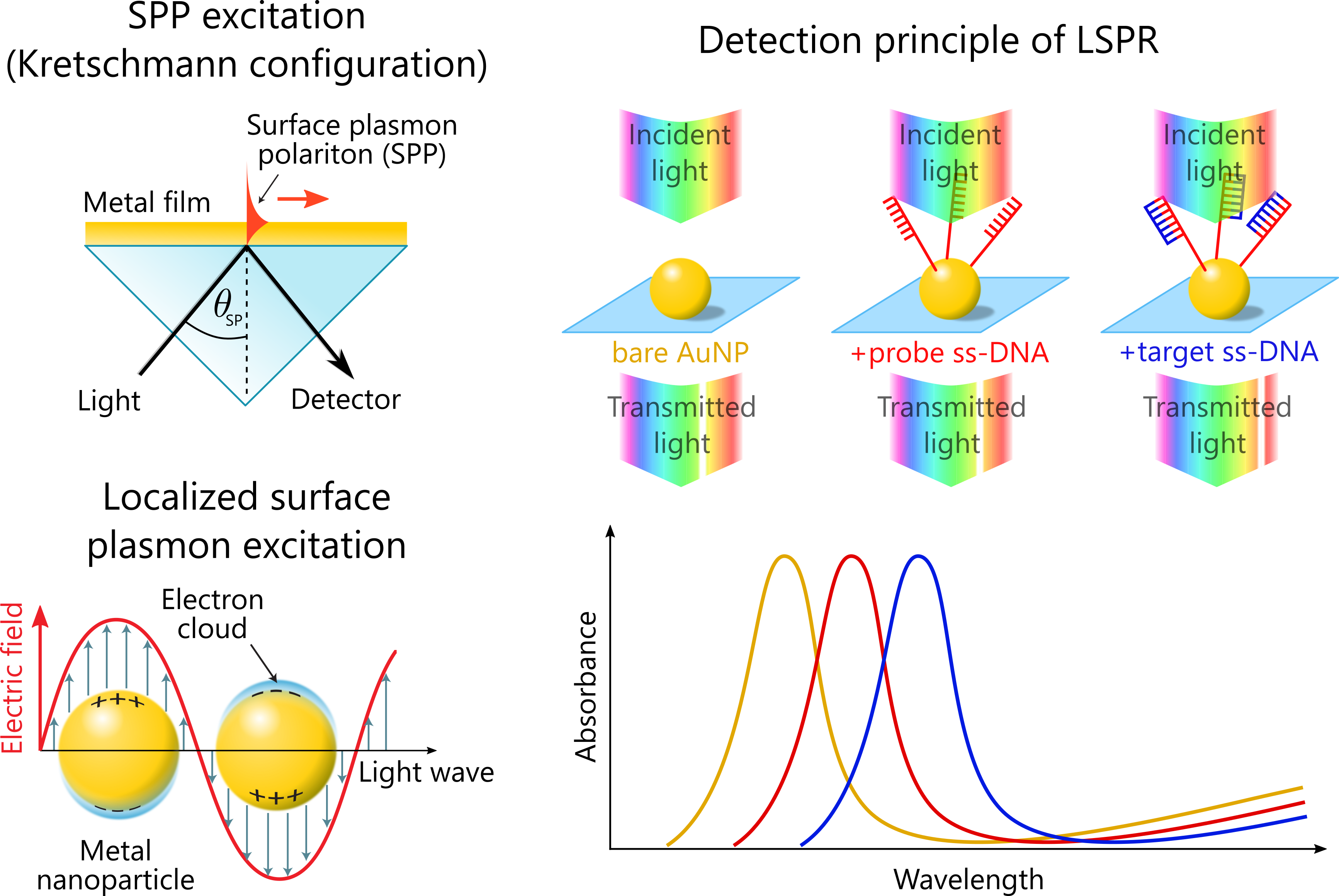 Tomáš Lednický teamed up with Attila Bonyár (Budapest University of Technology and Economics, Hungary), and developed a gold-nanoparticle (AuNP) based surface nanocomposite on epoxy resins.

Nanocomposites are nano-structures, where a series of nanoparticles (here: gold) are incorporated into a particular matrix (here: epoxy resin). Gold nano-islands: the sprouting sensors of a pathogen

Imagine, equally spaced tiny gold-islands sitting on a matrix, which can be used for sophisticated detection of biological molecules.

They attached DNA-probes (20 bp long DNA fragments), taken from the β-giardin gene of the parasite, to the gold nanoparticles. The probes can detect complementary Giardia lamblia specific DNA through nucleic acid hybridization.

By sharing the vast application prospects of the technique, Dr. Attila Bonyár said, “Our plasmonic sensor is a platform, which can be used for a large variety of bio-sensing applications. DNA sensors are also employed for wide purposes, e.g. medical diagnostics, sequencing, environmental analysis, etc. The DNA sequence, which was tested in our work, was previously used in a project focusing on environmental monitoring (pathogen detection in drinking water reservoirs).” 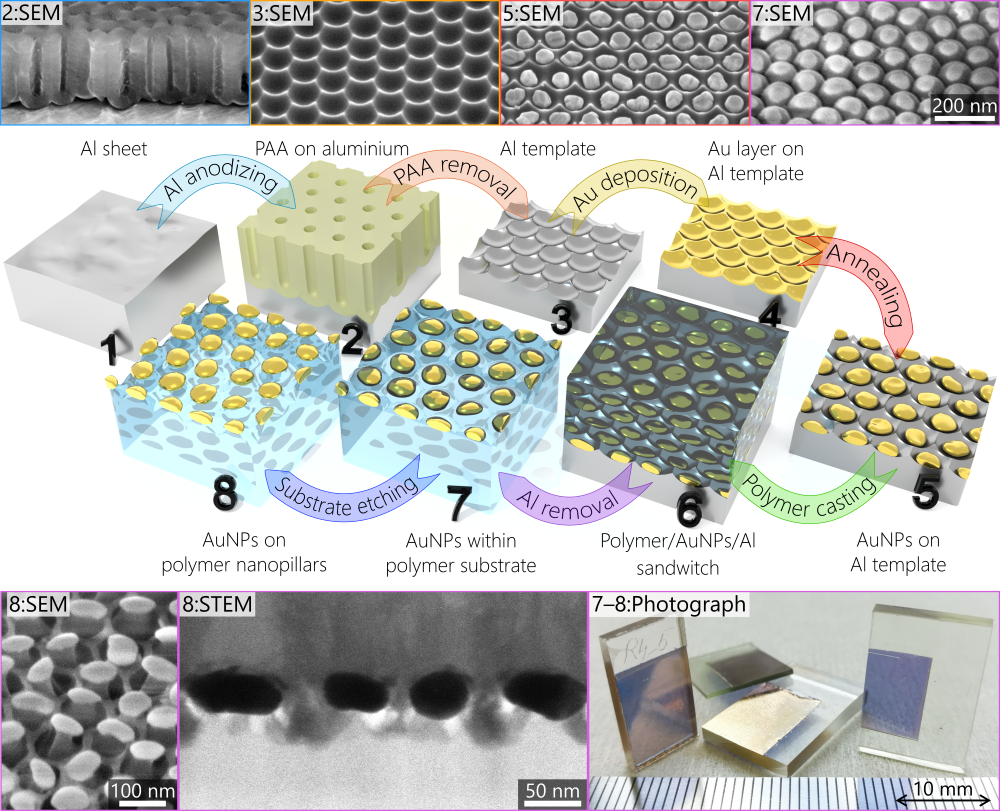 One of a kind: the exclusivity of the sensor

The primary advantage of the technology is the large (several cm2) achieved contact area, which enables the possibility of LSPR imaging.

Here, a CCD camera monitors the surface of the sensor, and a large number of parallel molecular interactions (even in the several 100 ranges) can be followed between different target-receptor pairs.

Another notable strength of the nanocomposites is the stability of the gold nanoparticles on the epoxy matrix in fluidic environments. On top of that, the sensors are cleanable, enabling reusing without compromising the efficiency.

These LSPR sensors allow the detection of molecular interactions of label-free DNA molecules in real-time, creating a time-efficient detection.

Lednický said, “The primary aim of this study was on the technological aspects and fabrication of the nanocomposite LSPR sensors elements. We consider these nanocomposites as plasmonic sensor ‘platforms’ in the sense that a large variety of applications are possible with them.”

“Our work is one of the first reported surface nanocomposite-based DNA sensors. DNA detection was selected as an example because this challenging application demonstrates the capabilities of the sensors effectively (due to the small size of target molecules),” he added.

In the present time, LSPRs are in the limelight because of the possible detection of SARS-CoV-2 (the COVID-19 virus) (2).