You would have thought that anyone would gladly embrace food that can improve public health.

But that is not always the case: In developing countries such as China and Bangladesh, governments and ecological activists have recently blocked the approval of “golden rice,” a type of rice that can prevent vitamin A deficiency and its corresponding diseases, such as blindness in children. 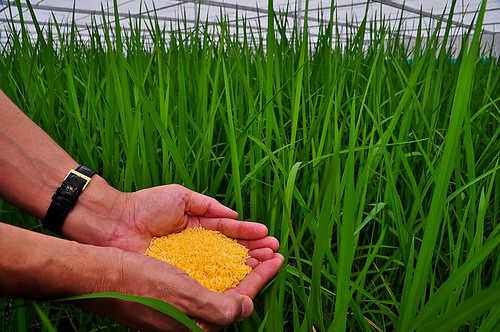 This case of GM crops banning is no exceptional news.

While 26 nations, including the US, Australia, and the Czech Republic, grow and consume GM crops, more than half of the EU member states (Germany, France, Netherlands) have banned the cultivation and/or imports of GM crops.

Outside of Europe, Russia completely prohibited all consumption of GMO crops (2,3). Needless to say, opinions on GMOs are polarized around the globe.

But for a term so well known and controversial, many are still confused by its meaning.

So what is “GMO”? Why is it so controversial?

According to WHO, genetically modified organisms (GMOs) are “organisms with their DNA genetically engineered in ways that do not occur naturally.”

Foods that come from GM organisms are thus called GM foods. The history of modern GM foods is quite short, with the first commercialized product, the “Flavr Savr” tomatoes, created in 1994, with slower rotting speed than ordinary tomatoes.

Since then, the techniques for genetic modification have drastically evolved, but the basic idea remains the same: a desireable trait is observed in nature (e.g., bacteria, viruses, other plants).

The analysis is conducted to locate the desired trait in the genetic makeup of these organisms. This genetic trait is then cut and pasted into a plasmid. From this point, the plasmid can be inserted into the seed of the targeted crop.

There are different ways to do so, such as using “Gene Gun” to shoot DNA into the seed, or having bacteria carry the plasmid into the seed. At last, the modified seeds are planted under close monitoring, to ensure successful growth and reproduction with the new genetic makeup (4). 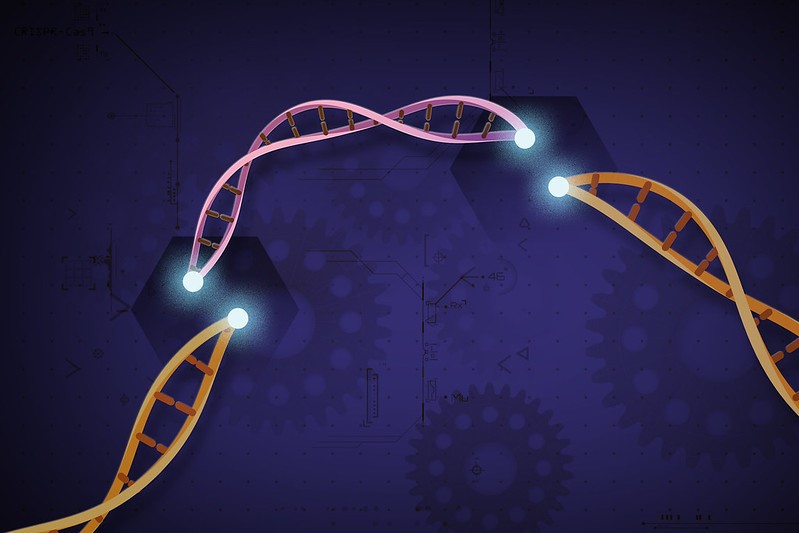 But the most advanced GM technology is the CRISPR-Cas 9 system.

Designed around 2013, this tool promises faster, cheaper, more accurate, and efficient genome-editing. Like a microscopic transplant surgery, CRISPR-Cas 9 reaches and replaces specific DNA sequences cellularly. With such a customizable and quick procedure, multiple modifications can be made and observed within short periods, which is beneficial for treating diseases such as cancer and hepatitis B (the less waiting time for results the better).

These advantages pave the way for genetic engineering to be more economical, convenient, and normalized in the future (5).

Since its introduction, the topic of GM food produced contrasting reactions from people. For many who are health-conscious, the term “GMO” can sound menacing, as the term “unnatural” is often associated with “harmful.“

Some opposers argue that genetic engineering has crossed biological barriers into the unknown. Also, as scientists defy nature, there is a lack of research on the impacts of GMOs on our health. Not to mention the wide-spread fear of consuming unknown chemicals, as well as the effects of said chemicals on the surrounding environment, such as the soil and insects (6).

For many, genetic engineering does sound like humans defying nature.

But mind you, if this is true, then we have been meddling with nature for thousands of years!

Since the beginning of agriculture, farmers have been selectively breeding (and cross-breeding) crops with more desirable traits, while eliminating the reproduction of those with unwanted characteristics.

When our ancestors who lived in caves and huts first tried peaches and watermelons, they found them too small, and the interiors were, well, unfruitful. So they planted only the bigger and juicier ones. This went on for thousands of years so that now we can take plump peaches and delicious watermelons for granted (7).

The point is, biotechnology is nothing new. Modern genetic engineering is just a quicker and more precise way of doing so.

Many people also hold the misconception that GM crops are made by injecting numerous chemicals.

Anyone who understands how GM crops are made can realize that this fear is unnecessary.

Some people may be allergic to specific GMO, but it is the same with conventional crops.

However, there are major concerns regarding the excessive use of herbicides on GM crops. Glyphosate-tolerate crops allow farmers to turn to glyphosate, a herbicide.

The most used glyphosate-based herbicide in the EU and US, Roundup, developed by Bayer-Monsanto, has had its fair share of lymphoma-inducing accusations- over 42 700 people filing lawsuits up till 2019!

Since introducing Roundup to the market in the ‘70s, Monsanto has assured the public that glyphosate is safe for organisms, supported by 800 independent scientific studies. However, in the 2000s, leaked emails dubbed "Monsanto Papers" were published, thus suggesting that Monsanto had ghostwritten many of this literature to promote and defend Roundup, and that opposing studies are suppressed (12).

Analysis by the University of Washington stated that exposure to glyphosate could raise the risk for non-Hodgkin lymphoma by over 40%.

Other studies show high content of glyphosate residuals to be not only carcinogenic but also harmful to livers, kidneys and so on. Glyphosate-resistant crops are also less nutritious than organic crops (10).

Moreover, excessive glyphosate residuals can be absorbed and kept up to 1 year in the surrounding soils and water, thus contaminating not only the crops planted later but also organisms living in the ecosystem (11).

Given the pushbacks, the EPA and EFSA stand firm on their statements that glyphosate residuals are of low toxicity to humans via food (13).

Since 2015, the US Congress has been trying to defund IARC, the cancer research branch of the WHO. Perhaps coincidentally, IARC classified glyphosate as "probably carcinogenic to humans" also in 2015, and that there have been reports that some corporate lobbyists might have influences over policy making (14).

One point to notice is that the impacts of glyphosate can possibly be different from those of Roundup, as other chemical ingredients in Roundup can be responsible for the toxicity. Glyphosate might also be safe and is dangerous only to organisms when accumulated over time (15).

Lastly, the problems that come with excessive use of glyphosate happen not only on GM crops but also on non-GM cultivations; thus, this is not the fault of GM crops, but the chemical dependence of our society.

Some alternative herbicides have been proven to be effective, such as acetic acid, salt, oil, and soap, although it will take time to develop such alternatives before they are applicable to commercial agriculture.

First marketed in 1996, these crops are patented by Monsanto and were immediately welcomed by farmers. Over 90% of US-grown soybeans are Roundup Ready nowadays (16).

Unfortunately, things turn out for the worse for US farmers using Roundup Ready. As mentioned above, weeds soon grew resistant to glyphosate, due to overreliance of Roundup.

To achieve the same result, more Roundup has to be bought and used. Residuals in water and soil harm regular crops, thus forcing farmers to continue planting Roundup Ready crops.

Even for farmers who plant non-GM crops, residuals drifting from a neighbor’s farm can cause severe damages to the non-GM crops16. It is a vicious cycle: to grow a profitable yield; more Roundup Ready are planted, followed by heavier use of Roundup.

Making things challenging, when farmers buy Roundup Ready seeds from Monsanto, they enter a contract that prohibits them from seed saving. This way, farmers have to pay top dollar for Monsanto’s seed regularly (16).

The Center for Food Safety stated that Monsanto has sued over 400 farmers for seed saving, Monsanto won all cases and received more than 20 million USD from just 72 of these lawsuits.

Moreover, it is estimated that more than 4 000 small farmers who were forced to settle out-of-court, paying Monsanto millions (16).

Across the North Pacific Ocean, over 95% of India’s cotton farming produce Bt cotton, an insecticide-resistant introduced by Monsanto. As the cost of Bt seeds is 4 times higher than that of traditional seeds and requires irrigation, many small farmers who rely on rainfalls suffer from unfavorable weather. Many of them are forced to turn to loan officers, and tragically fall prey to a never-ending debt cycle. Since the ‘90s, over 270 000 farmers have committed suicide (17).

A future with GMO

Despite many controversies and space for improvement, scientists firmly believe that the nature of GM crops is beneficial to our society, should be utilized, and not mistrusted by lawmakers.

In 2018, European scientists published a statement opposing the decision by the European Court of Justice, subjecting CRISPR-edited crops to rigid regulations assigned to all GMOs.

Since the crops themselves are proven safe, such strict regulations created delays in bringing to society their benefits (18). 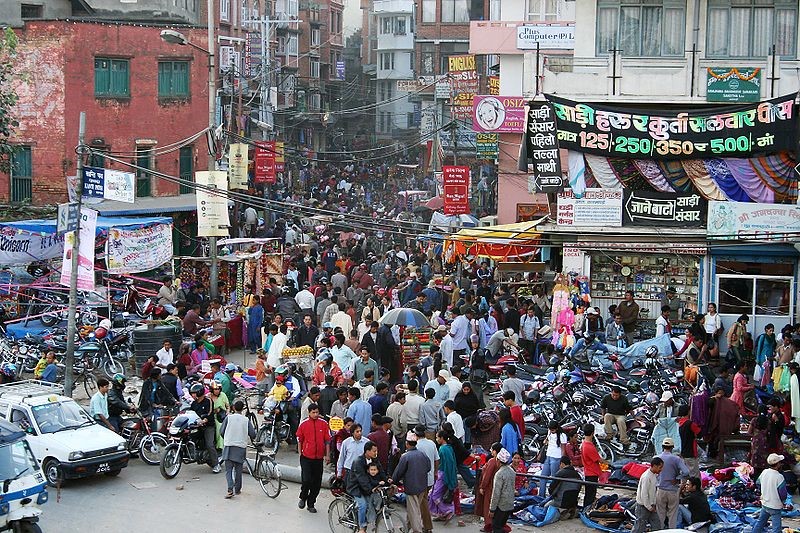 It is trusted that GM crops can counteract the upcoming food crisis.

Of course, more people means more mouths to feed. Not a lot of lands are available for farming, as natural habitats of wildlife are off-limit.

By genetically editing crops, they can mature faster, rot slower, endorse erratic climates, and so on. In fact, by planting GM crops, global crop yields have been upped by 20% already (19).

Alongside the lack of food, about 2 billion of the global population also suffer from a lack of necessary micronutrients regardless of the food portion (20).

Much like the golden rice mentioned above, GM corn and cassava are rich in antioxidants, as well as wheat with increased levels of minerals, can help lower risks of cancers, immune diseases, and birth complications in lesser developed countries and ultimately all nations (20). 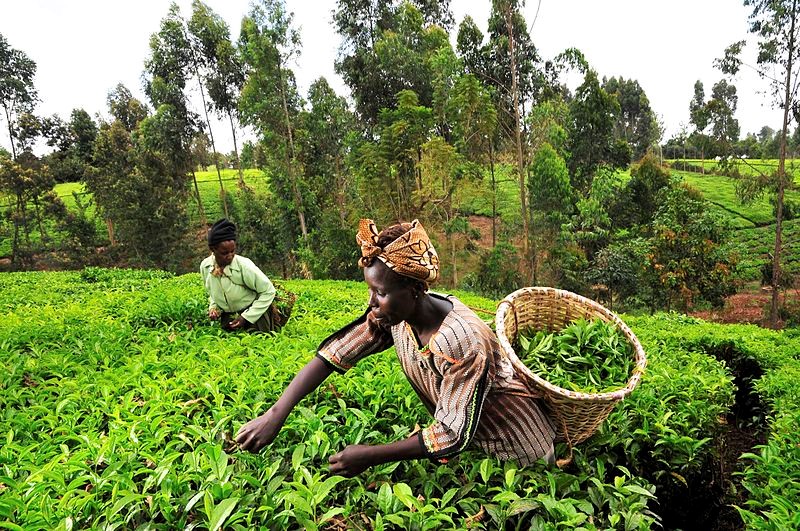 In the face of climate change, this is a much-welcomed improvement.

With longer shelf life and thus lower cost, GM crops can increase economic gain. Supplier diversity in the GM seeds industry should be a goal for lawmakers, as it aids both innovative startups and farmers.

Specifically, government interference may help to stabilize the prices of common crop seeds, as well as promoting competition.

Smaller biotech companies could benefit from funding, which helps them to develop their products, thus improving their competitiveness in the market.

Hopefully, with fewer restrictions and more reasonable regulations in the future, growing GM crops may give poorer farmers higher yields.

There is no denying that at this point, GM crops are still not perfect.

External issues such as chemical overuse, as well as questionable company practices ought to be addressed.

However, the nature of GM crops is serviceable, if consideration for environmental and societial impacts are addressed in addition to the economy factors.

Many from the scientific community believe that essentially, GM crops are constructive to the world.

Therefore, let’s give GMO a fair chance to grow. Hopefully, given enough time for development, and with eventual understanding and supports from the public, GM crops may blossom into the solution of much larger catastrophes in the future.